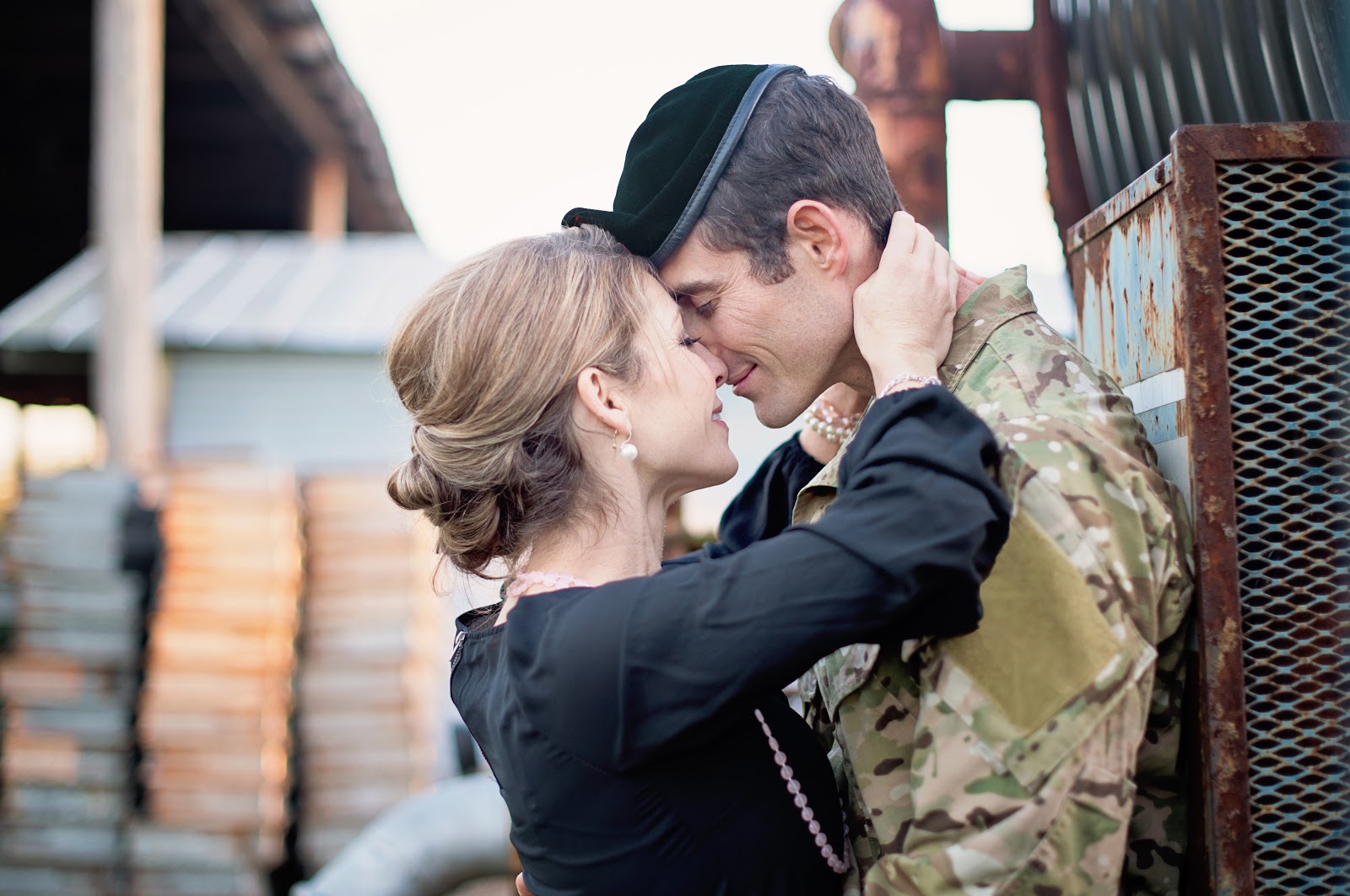 Before there was a passion for the fatherless or a jerky store to serve them or eight sets of lunchboxes and little shoes decorating the front foyer of our home, there was a boy and a girl in a third grade class at Bishop Elementary School in Bishop, California.

D.C. Williams moved to our tiny town on the eastern slopes of the Sierra Nevada in first grade, and by third grade, he’d already staked his California claim.

“I love you,” he boldly and affectionately scribbled on the back of a used G.I. Joe package.

I, in my tact and compassion, responded delicately.

By affectionately tearing it to pieces.

Even then, I knew this boy meant business. He was the most intense boy I’d ever met — a motivated and dedicated go-getter with blonde hair and deep eyes who made up his mind about something and then passionately pursued it.

He decided in 7th grade he wanted to attend West Point Military Academy.

He decided in 3rd grade he wanted to marry me.

And as it turns out, D.C. Williams is not one who gives up on dreams.

As hard I tried to turn him off and turn him away, throughout our childhood, this charismatic man with the boldness of a lion but the heart of a lamb continued to pursue me.

He’d hang around my high school boyfriends and wait creepily for movie invitations.

He’d ask me to school dances and expect me to stay in the vehicle long enough for a possible thank you kiss goodnight.

He’d let me know, even as I dated others seriously, how much he cared. And when he left the West Coast for West Point, he kept in touch … via AOL dial-up internet.

Every day, he would write emails, and every day, I would find myself waiting eagerly for that “You’ve Got Mail” announcement to respond. This man who had never given up on me, through torn love notes and two-year-long boyfriends, had become my best friend, and as I became more and more captivated by his spirit and his heart, I kept my emotional distance.

I knew from a lifetime of experience that this man didn’t do anything halfway. If I dated him, I’d have to marry him, too. And as a student in the first year of aesthetician school at a college on the other coast, I wasn’t even close to ready for that.

Which is why, after one conversation that ended with me getting off the phone to prepare for a date with a Navy seal, he became so upset he quit speaking to me altogether.

“I can’t be friends with you any longer,” he said. “I am in love with you and being your friend is too hard.”

And possibly spread nasty rumors to our entire hometown that I was the biggest tease Bishop had ever seen.

For an entire year, he didn’t write. He didn’t speak. He didn’t respond to a single letter, call or email.

He completely shut me out.

And I realized what a horrible hole his absence left in my life.

D.C. was not only my best friend; he was my confidant. My counselor. My very best cheerleader and the most amazing encourager in this life. He was simultaneously the strongest and most tender man I had ever met, and he represented everything I could possibly want in a future husband. And although I found myself continually pushing him away, his persistence and patience and consistency had taught me so much about the kind of woman I wanted to be.

I missed him terribly, and no letter or call or email could amend what had been broken.

More than a year later, I walked into a gathering in our hometown, and who was there but D.C Williams.

Though he’d spent an entire year burning my pictures and “sharing” my flaws with anyone who would listen, and although he’d refused to respond to every piece of communication I sent, the second our eyes met, the armor collapsed.

That night, we reconnected, and for the first time, REALLY connected. And on a walk in the high-desert late in the night in our little mountain town to a place referred to as “The Rock”, we shared our very first kiss — the first one where both of us were actually participating — and, in my pleather pants and high heels, walked from that rock hand-in-hand into a new relationship and new life.

D.C. returned to West Point and I left town for a camping trip, tentative but excited about this new turn in the relationship that, outside my family, had often been one of the most important in my life.

D.C. was amazing, and although I knew he was the exact KIND of man I wanted to marry, commitment was not my forte. And frankly, I was scared.

Thankfully, this cadet took things slowly … by sending me an entire stack of love letters in his first two weeks away detailing how he couldn’t wait to marry me.

Maybe that’s why, for the next year as we dated from coast to coast, I called him not my boyfriend, not my love interest but “my issue.”

What do you do with a man with as much integrity and character and persistence as D.C. Williams but fall in love with him?

So, one year after our first kiss, I let him know … by sending him my first ever “I love you” on a piece of G.I. Joe notebook paper.

We were engaged a year later (I only wish I had the song he played with a missing string on the guitar on video), and, after not being able to decide on a date or a venue, I got scared and returned the ring.

But this man who had been rejected by me over and over again since the third grade didn’t let that deter him. Although he stopped speaking to me for four entire days (which brought me to my senses and made me realize I just didn’t want to do this life without him), he continued to pursue me.

He would drive from his newest military duty station at Fort Irwin, California, to where I was attending nursing school in Reno just to meet for lunch, and he would drive through the night to spend even a few hours with me at my parents’ home.

One time, after driving all night, and not wanting to wake or startle anyone in the middle of the night, he wrapped himself in a camo blanket and taped notes to our front windows. 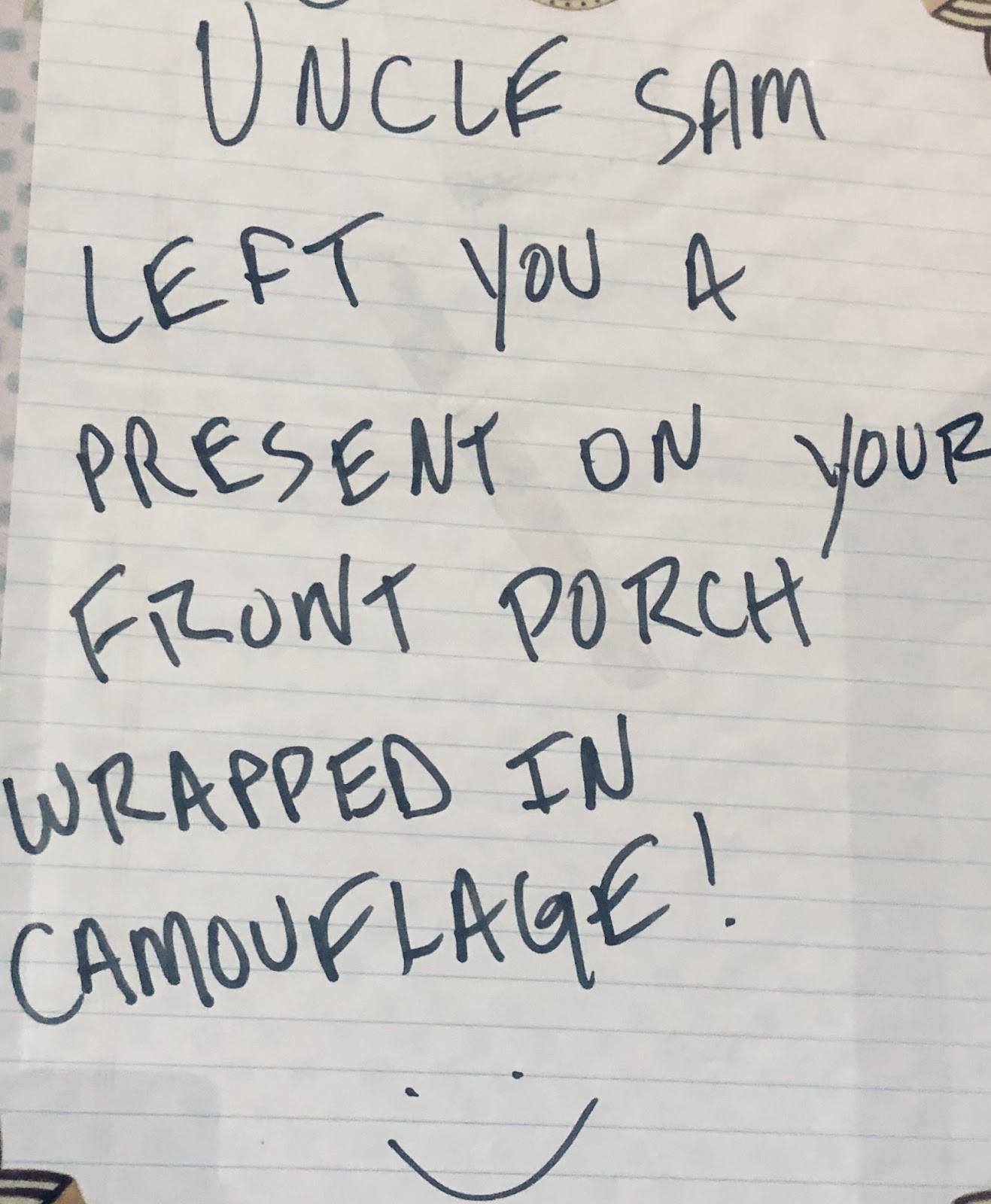 No matter how I withdrew, no matter how I tried to push him away, he pursued me with the most patient, persistent, perfect kind of love.

Eventually, I decided it would be less creepy to marry this man who was everything I could ever ask for than to have him stalk me the rest of my entire life.

So, one day in June, we drove to Tahoe, knocked on the “world famous” Tahoe Chapel of the Bells and eloped.

We didn’t spring for the fountains and extra lights (Denny Joe the Tahoe chaplain who had essentially rolled out of bed to conduct his vow-issuing duties was quite enough), but we did spring for mint chip ice cream afterward.

And we told no one.

With my engagement ring back on my finger, everyone assumed we were engaged again, not married, and we began planning a real wedding, this time, at West Point.

One day, after D.C. had left from another short Fort Irwin visit and my mom and I were walking and talking and planning, she made an off-hand remark about the rigor of the entire wedding planning process.

“I mean, unless you’re already married!” she said in laughter.

My deer-in-the-headlights look and total silence must have given the secret away, because the next thing out of her mouth (besides the wails) were the words: “BUT I FED HIM MY CINNAMON ROLLS THIS MORNING!”

Mimi’s cinnamon rolls have been known to breed traitors.

We held our real wedding in New York the following April, this time, dressed in gown and garb and with the confidence to say, “Forever, I do.” 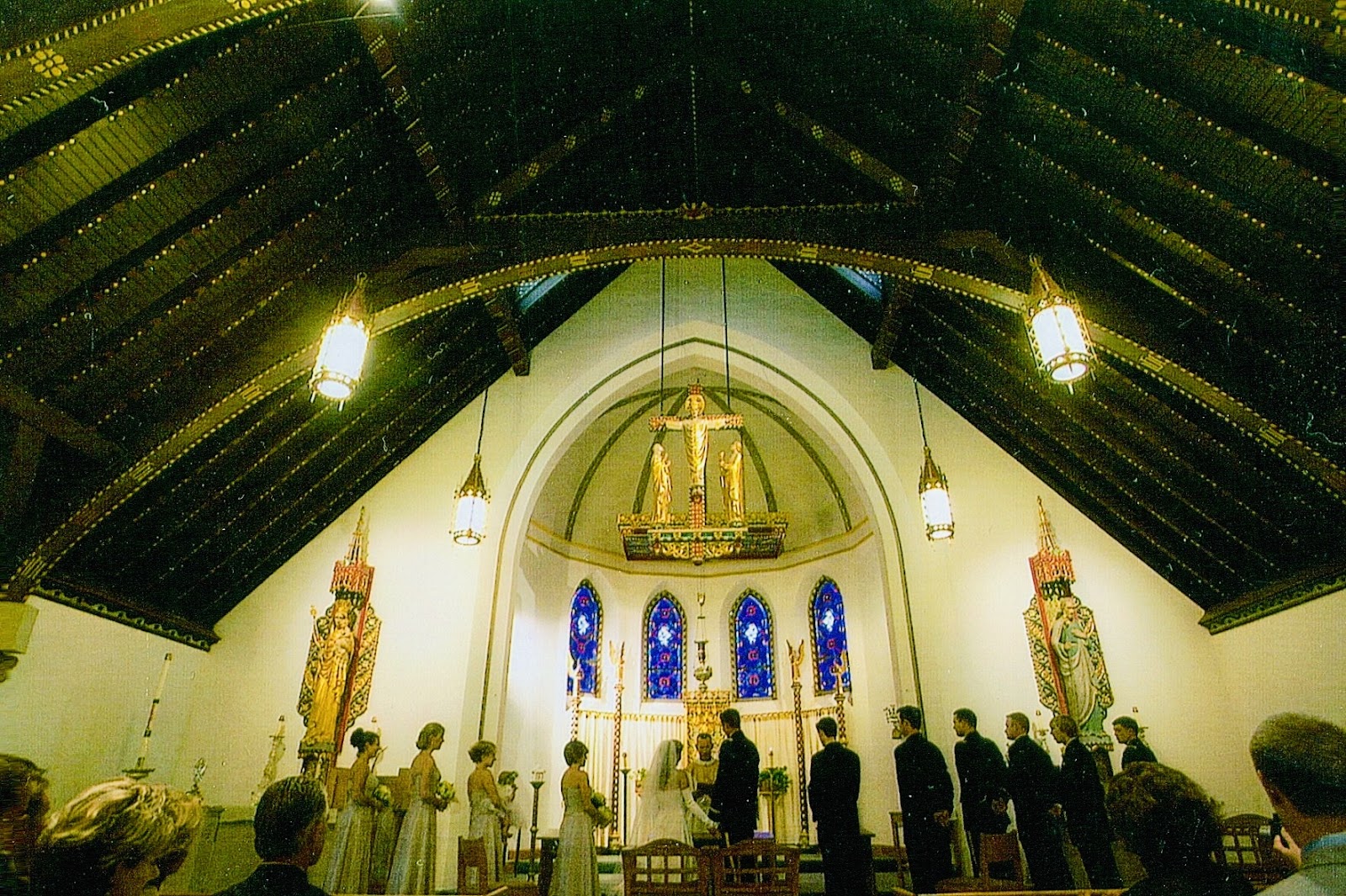 Fifteen years, countless deployments and eight children later, I thank God for the man who never gave up on the girl who could have allowed fear to rob her of the richest life she never knew she could live.

Who weathered my indecisiveness, numerous rejections and my doubts and who lovingly, persistently, tirelessly pursued me with his precious, patient, long-enduring love.

Without ever knowing it, the man I get to call my husband painted the picture that has become the portrait of our family’s life.

The picture of RELENTLESS LOVE.

The love the Father has for us.

The love He has given us for each other.

The love He entrusts us to access and lean on to fight for and advocate for the most vulnerable and most marginalized and those who’ve never experienced earthly love at all.

Although it took a decade and a half in the writing, I am so thankful He wrote one of H1S love stories instead of allowing me to write my own, because He is the author of the most sacrificial, unrelenting and truest love story of all time.